The results are in for Turf’s Top Influencer 2020!

Turf Business’ Turf’s Top Influencer award recognises the industry’s most influential people and organisations, with voting carried out by fellow professionals across the field.

It acknowledges influencers who possess an outstanding level of knowledge, experience and skill-set within their specific portfolio of expertise. Whilst last year was an especially difficult and unprecedented one, with the Coronavirus pandemic continuing to cause countless issues for our industry. The talent within the Turfcare sector continued to shine through.

Turf Business is delighted to call upon the support of Agronomic Services Ltd, who once more sponsored our highly-anticipated 2020 Turf’s Top Influencer Award.

Now in its fourth year, this exciting award has built on a reputation of being one of the most popular accolades to feature on both social media including Twitter and Facebook. This year’s event saw record numbers of voting and extremely close competition as word spread across the great and the good of this colourful industry.

The results are in …

As the deserving winner of last year’s award, Steve is no stranger to this shortlist or any award for that matter, as he was announced just last year as the newest member the GMA’s Hall of Fame. Steve is perhaps the industry’s most respected grounds professional of his generation and will always be right up there in the ranks especially when it comes to football. Most in the industry will agree he set the bar and continues to raise it. He’s been a mentor to far too many names within the Turfcare industry to mention and is seen as a true inspiration. Always doing his bit to put something back into the industry, Steve continues to innovate.

Paul has worked his way up from humble beginnings in Blackpool to becoming one of the industry’s most recognised names. He is at the forefront of showcasing the quality of British Turfcare and has continued to push, innovate and have a huge influence on the industry not just in the UK but around the globe.

He has recently announced his departure from Real Madrid FC, following a hugely successful 12 years at the world-famous football venue. Having scooped several awards in his glittering career, he is also no stranger to winning the Turf’s Top Influencer title. Paul is a great ambassador for the industry in the same way his mentor is and we wish him well in wherever his career takes him next. 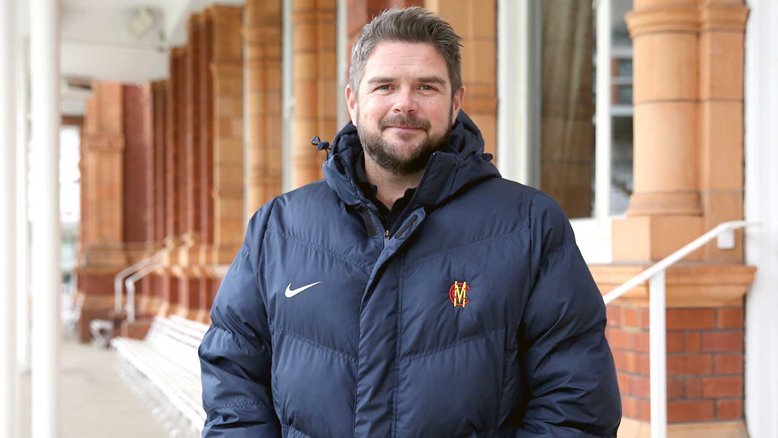 Huge congratulations to your Turf’s Top Influencer this year, Karl McDermott who took on the daunting challenge of succeeding the legendary Mick Hunt at Lord’s in 2019.

It goes without saying that Karl was faced with big boots to fill. The MCC ground is the showpiece venue for England Test Matches and One Day Internationals (ODIs), not to mention domestic finals days and Middlesex 4-day county  and limited overs matches, the highlight being England’s victory over New Zealand in the 2019 ICC World Cup Final.

Karl joined Lord’s from Hampshire CCC but his turfcare journey began as Assistant Groundsman at Clontarf Cricket Club in his home town of Dublin in the Republic of Ireland. This stemmed from an unlikely source: his maths teacher at Mount Temple Comprehensive, who just so happened to be the groundsman at the club.

Karl took on the Head Groundsman role in 1997, ahead of hosting an ICC World Cup Fixture in 1999. He spent 17 years at Clontarf, working on an array of international and domestic fixtures and scooping the European ICC Groundsman of the Year award in 2007, before relocating to the UK to take up an Assistant Groundsman role at Worcestershire CCC.

Originally appointed as Deputy Head Groundsman at the Ageas Bowl in 2009 – ahead of the inaugural Test Match at the then Rose Bowl in 2011 between England and Sri Lanka – Karl worked up to Head Groundsman in 2016, just in time for England’s win over India, the third Test Match to be held at Hampshire’s headquarters.

Fast-forward to the present day – a mammoth career under his belt and three years of studying sports management – Karl is living in the groundsman’s house at Lord’s. It’s safe to say Karl’s journey has been nothing short of inspirational starting out as a schoolboy, with no cricket background and having not even set foot in his local club, to revelling in his dream job at ‘The Home Of Cricket.’

We would like to say congratulations to our winner – who is a worthy and well-known title holder. We would also like thank everyone who voted and to all the nominees who secured votes, praise and support from their fellow colleagues. Turf Business are also grateful to Agronomic Services Ltd who sponsored this popular Turfcare award.

The January issue of Turf Business contains further coverage of the shortlist, and can be viewed online HERE.